The musician and composer Friedrich Wilhelm Möller was born on November 11, 1911in Gelsenkirchen. Very early his parents Wilhelm Möller and Anna,née Wehling, discovered their son’s extraordinary musicality , and they supported him wherever possible. Already before and also during his time at elementary school he learned to play the violin and the zither, later also the guitar, the trumpet and the xylophone. After college in 1929 he studied at the Folkwang Academy of Music in Essen under Professor Schepeler.

Up until 1939, Friedrich Wilhelm Möller functioned as musician and band-leader in diverse light-music orchestras. In 1937 he married Else Ortwein. Their son Dieter was born the same year, four years later their daughter Margret. During WW II Friedrich Wilhelm Möller served in the Naval Music Corps in Wilhelmshaven. He was also sent to the front in Holland and France to entertain the troops.

After his discharge he moved to Obernkirchen in the vicinity of Hanover, where his wife with their two children and his parents had been evacuated during the last year of war. In 1948 Friedrich Wilhelm and Else separated. She returned to her home town Gelsenkirchen with the children.

Möller moved about the whole British sector playing with several bands , amongst others “Hans Hermann”. After the currency reform he additionally tried his luck as an inn-keeper

of the “Liedschänke” in Obernkirchen. The most important reason to stay in this small town was his sister Edith Möller, five years his junior, who had moved together with Erna Pielsticker from Hessisch Oldendorf to Obernkirchen in 1947. Both women cared professionally for the many refugee- children in the town and the periphery. Music always played an important part in their work. Thus the “Obernkirchener Kinderchor” came into being in 1948 with new songs that Friedrich Wilhelm Möller composed to his sister’s lyrics. In the beginning the choir was also called “Obernkirchener Stadtmusikanten” . Friedrich Wilhelm Möller set to music numerous fairy-tales, a fact that resulted in the obvious name
“Schaumburger Märchensänger” (Fairy Tales Singers) in 1949.

The British Military Government in Northern Germany was eager to bring about an equilibrium, normality and partnership between England and Germany. Being impressed by the vitality, naturalness and extraordinary musicality of the young, still unknown OCC, the British Military Government provided performances for the choir. The Ipswich Girls’ choir’s visit, who in the spring of 1950 travelled through the whole of the British Zone in Northern Germany brought the great chance: the Schaumburger Märchensänger were chosen to go to their English partner-choir for two weeks as one of the first German youth groups.

This invitation went into history as the “Obernkirchen Miracle”. Nearly sixty youths and children travelled to the “enemy’s country”, attended by an English Officer in the autumn of 1950. Their destination was Ipswich; concerts in Felixstowe, Cornhill, London and Cambridge followed. Fellow-travellers were Friedrich Wilhelm Möller, composer of many songs and guitar accompanist of the choir, and his band. It turned out as an incomparable success. 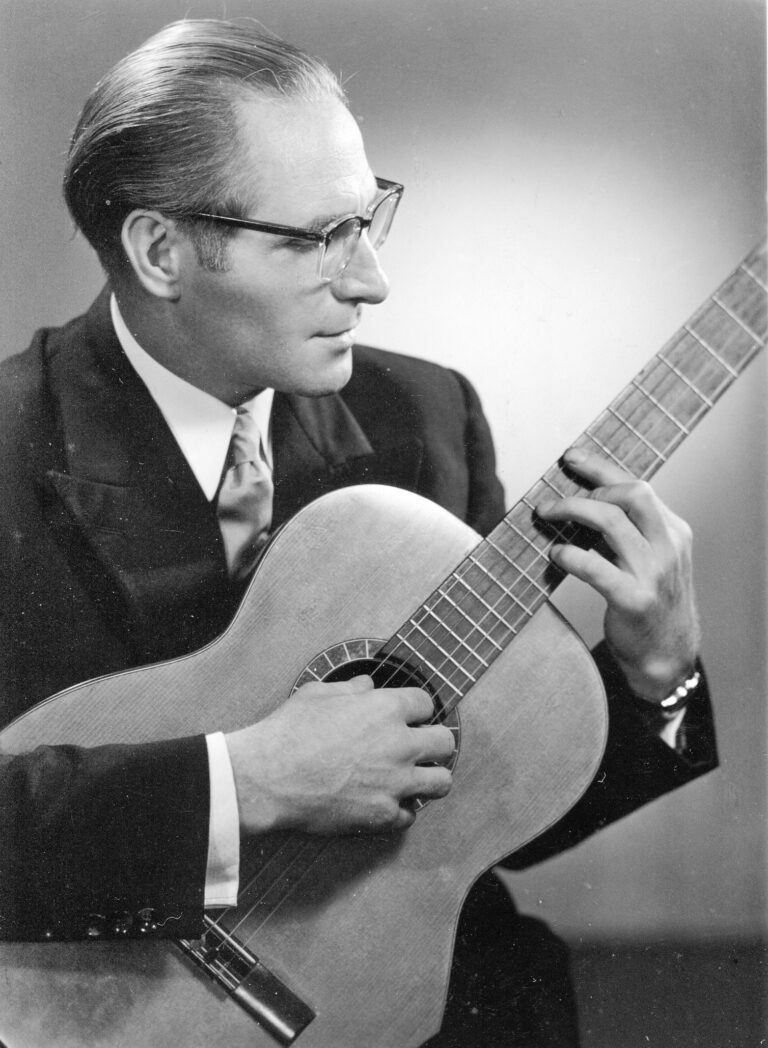 This success led to a surprising world-wide triumph. For their own pleasure, the children began to sing the song “Mein Vater war ein Wandersmann” (Teh Happy Wanderer) during a break in the competition, offside the festival stage of the 4th International Musical Eisteddfod in Lllangollen, Wales. Till then the song was unknown and not even listed in the contest programme. In Lllangollen it was now discovered accidentally. When technicians of the BBC heard the choir sing in the meadow, they spontaneously recorded the song there and then – and not as one might have expected in a studio. This German song by Friedrich Wilhelm Möller sung by the Obernkirchen Children’s Choir (English name for “Schaumburger Märchensänger) captivated the hearts of all English-speaking countries in the world. Florenz Friedrich Sigismund wrote the text, Edith Möller modified only a few words and the final chorus.

A year later, after the first recording by Parlophone, this song (still sung in German) was on place two of the UK single charts for 23 weeks. In the course of time “Der Fröhliche Wandersmann” was translated into more than 80 languages and got the English title “The Happy Wanderer” by Antonia Ridge. In 1955 Hans Quest shot the film “Der fröhliche Wanderer” with Rudolf Schock, Elma Karlowa , Waltraud Haas, Willy Fritsch and the Obernkirchen Children’s Choir.

Back to Friedrich Wilhelm Möller. He concluded his musical work in the summer of 1954. With his new partner he left Obernkirchen and bought a grand hotel in Höxter with his savings. The hotel was named “Der fröhliche Wanderer”. There he married Ilse, née Reinhold, in 1957. In1962 they emigrated to Catalonia in Spain. Friedrich Wilhelm Möller built a retreat there in order to devote himself to music. They lived off livestock-breeding and the training of horses. For this purpose the adjacent stables were used. They bred fine horses mainly known in Spain.