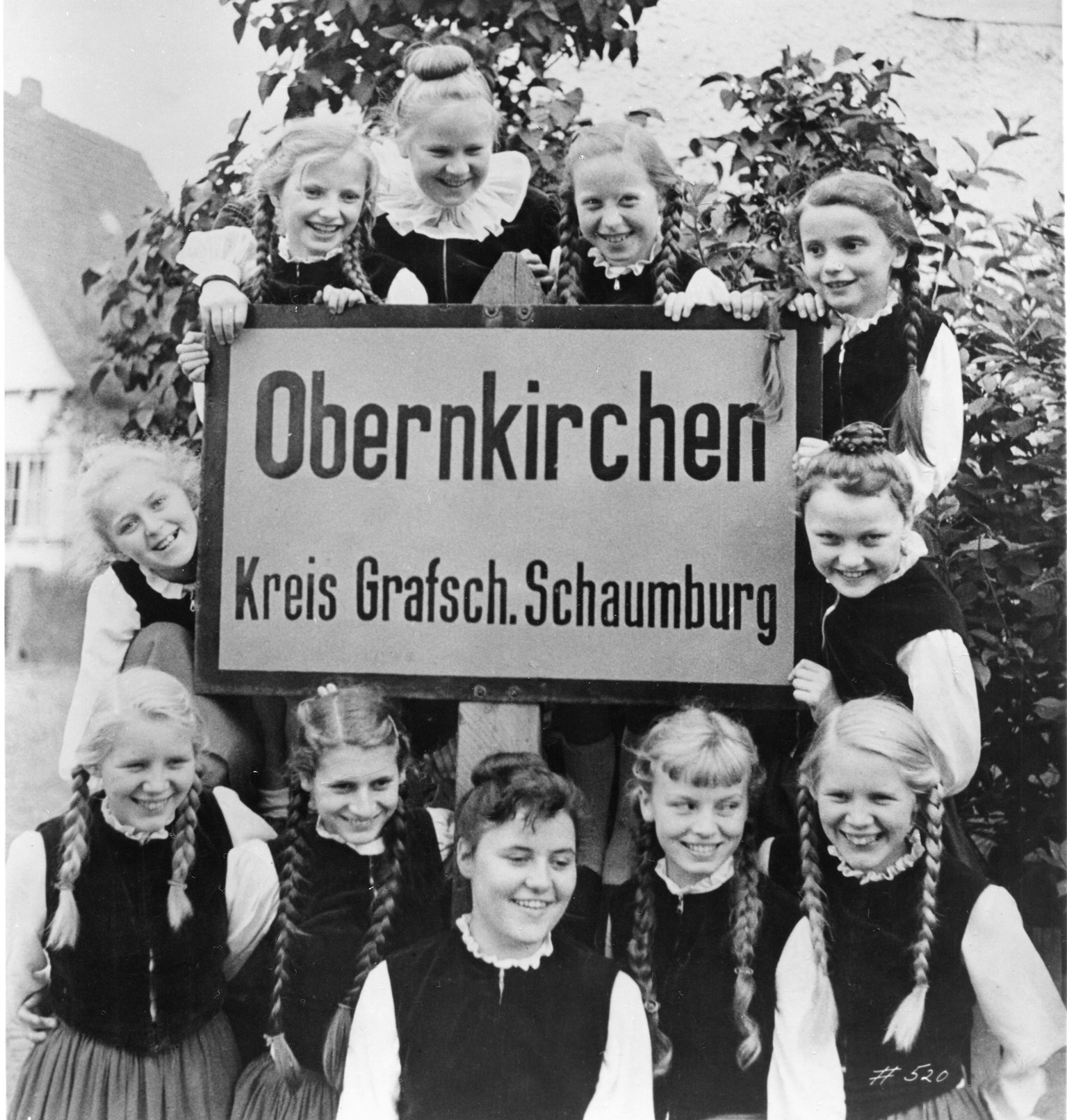 Shortly after World War Two, when Germany still was largely a heap of ruins, but its reconstruction already under way, the OCC’s history begins. It looks like a fairy-tale; however it is reality.

Presumably in the summer of 1947 Edith Möller was authorized to care for the many refugee-children in Obernkirchen, which at that time was part of the county Schaumburg, Lower Saxony. A lot of uprooted families lived in and around the town since the evacuations in 1943/44 and due to the steady stream of fugitives. Erna Pielsticker, too, went to Obernkirchen, where the Youth Welfare Office and (probably) the police empowered her to control the housing and living conditions of the fugitive families in the county.

Both missions were difficult: on top of her work, Edith Möller had to compensate the emotional strains and injuries, and to give the children courage for their life and future. The experienced social worker decided to keep the children occupied with collective projects, games, fun and singing. She already had multiple experiences with choral singing and knew of the healing effects. Quickly she found the right way, and soon there was resounding in all of Obernkirchen – from the valley up to the hill. Her brother Friedrich Wilhelm, musician and composer, returned to Obernkirchen from captivity, after his family had been evacuated from Gelsenkirchen in 1944. Soon brother and sister wrote lyrics and compositions, particularly because most of the German folksongs were unpopular at that time. Increasingly Erna Pielsticker looked after the organization besides her professional job.

In the autumn of 1948 the OCC was formally founded by Edith Möller and Erna Pielsticker . How the founding proceeded is not clear, but obviously the Youth Welfare Office was involved – and of course the British Military Government. According to reports, the founding took place in a private flat of supporting parents shortly after an audition.

Still in the autumn of 1948 and especially during Christmas- time, the choir appeared in public here and there under its new name. The farthest is said to have been a trip to Bückeburg (5 km), where the children supposedly sang Advent – songs in the hospital.

The first official and publicly promoted concert took place in the Oberkirchen cinema on March 24, 1949. The entry fee was 50 Pfennig. Friedrich Wilhelm Möller accompanied the choir with his guitar and Friedrich Lindemeier, the later to be mayor of Gelldorf/Obernkirchen, with his double-bass.

The success of this concert led to more great appearances in the vicinity of Obernkirchen.

The Northwest German Broadcasting Company (NWDR) took notice of this lively choral group and recorded the choir on June 4, 1950 in the Sonnenbrink of Obernkirchen. The whole town was topsy-turvy! In addition to the singing and travelling to shows and concerts, more and more excursions were ventured upon: hikes up the Bückeberg, bike-tours to the castle Baum in the Schaumburg forest, camping in the Schneegrund and outings to the Hohenstein (both near Hessisch- Oldendorf). Today those activities would not be world-shaking, but at those times they were enormously extravagant.

Then the “Obernkirchen Miracle” happened. As a kind of goodwill- action, the British Military Government sent the Ipswich Society’s Junior Choir on tour throughout northern Germany. In a couple of cities from Aix-la-Chapelle to Hamburg, the girls gave concerts together with the respective German host-choir.

In Hanover, however, no partner-choir existed. And thus the nearly unknown Children’s Choir from Obernkirchen was engaged on the spot to take over. There was great excitement!

The “Obernkirchener Stadtmusikanten” changed their name into “Schaumburger Märchensänger“ (Fairy Tale Singer), and the parents sewed the overdue costumes in imitation of the Schaumburg attire. On August 27, the common concert took place in the Beethoven-hall, Hanover. The following day the concert was repeated in the “Deutsches Haus” in Obernkirchen.

Afterwards, the “Miracle of Obernkirchen” took its course: among all German partner- choirs, “The Schaumburger Märchensänger” were singled out for the return visit to Ipswich.

Nowadays one can hardly fathom the meaning of this cautious beginning of international understanding. The choir was one of the first German youth groups to travel abroad, into a country of the former enemy!

More than 40 children from the age of 7 to 15 went to Ipswich/England for two weeks on October 26, 1950. There, as well as in Felixtowe, London and Cambridge, they gave eight concerts all together. The success was gigantic. English papers and the radio went head over heels literally.