By Britta Kirchhoff and Remon Sperr

On the occasion of the youth-choir- meeting in Aschaffenburg in 1985 we made the acquaintance of the Hungarian children’s choir “Petöfi” that thereafter was our guest for a week. Shortly afterwards, a return visit followed. Every other year the “Eurotreff”, a meeting of the seminar youth music, took place in Wolfenbüttel. There the present choirs became friends. Those friendships led to even more return visits. Thus, we travelled to the Spanish choir “Coral Kodaly” in Murcia in 1988 who we spent a fantastic evening in carnival costumes with. And in 1989 we rendered a visit to the Polish choir “Zensky” in Ostrow Wielkopolsk/ Cracow, where we were able to learn a lot about the culture of the country and its composer (Chopin). Altogether we participated in the” Eurotreff” five times in a row from 1987 to 1995. Some years later, a further participation happened.

In 1988, the CD-recording “Lerchengesang” /”Larks’ Singing” (choral songs of the Romantic Period), with Prof. Siegfried Schick at the grand piano, followed. This recording was made in the assembly hall of the New Grammar School in Stadthagen.

While recording the ZDF-TV-show “Sonntagskonzert” in Wolfenbüttel, the song “Die Deutsche Märchenstraße“ was performed for the first time. There, we were lucky enough to get to know Hans Bierbrauer, better known as “Oskar, der Schnellzeichner” (Oskar, the express illustrator) from the TV-show “Dalli Dalli”.

Altogether twice we were permitted to travel to Japan in the early 90s. Those journeys abroad were not tours. On the contrary, we had been invited by “Zenrin Leisureland AG” to the “Kingdom of Good Fortune” to perform up to five times a day. The “Kingdom of Good Fortune” was a family park with reproductions of the Deutsche Märchenstraße, some roundabouts and the like, and a beautifully arranged park. While in 1990 we stayed in the park for four weeks after the Easter-holidays, we had six weeks to get to know the country and its people during the summer-holidays in 1992.Only 30 choir-members could participate in the journeys at a time, so some were very sad not to be allowed along. Saying good-bye on the day of departure let roll quite a lot of tears.

We were accompanied by the mayor of Bückeburg, Helmut Preul, our managing director Gudrun Wuttke and the parents’ representative Gitta Vonscheidt. Besides taking charge of the business matters, they naturally also looked after us children. Did they indeed manage to tame this turbulent bunch of kids? 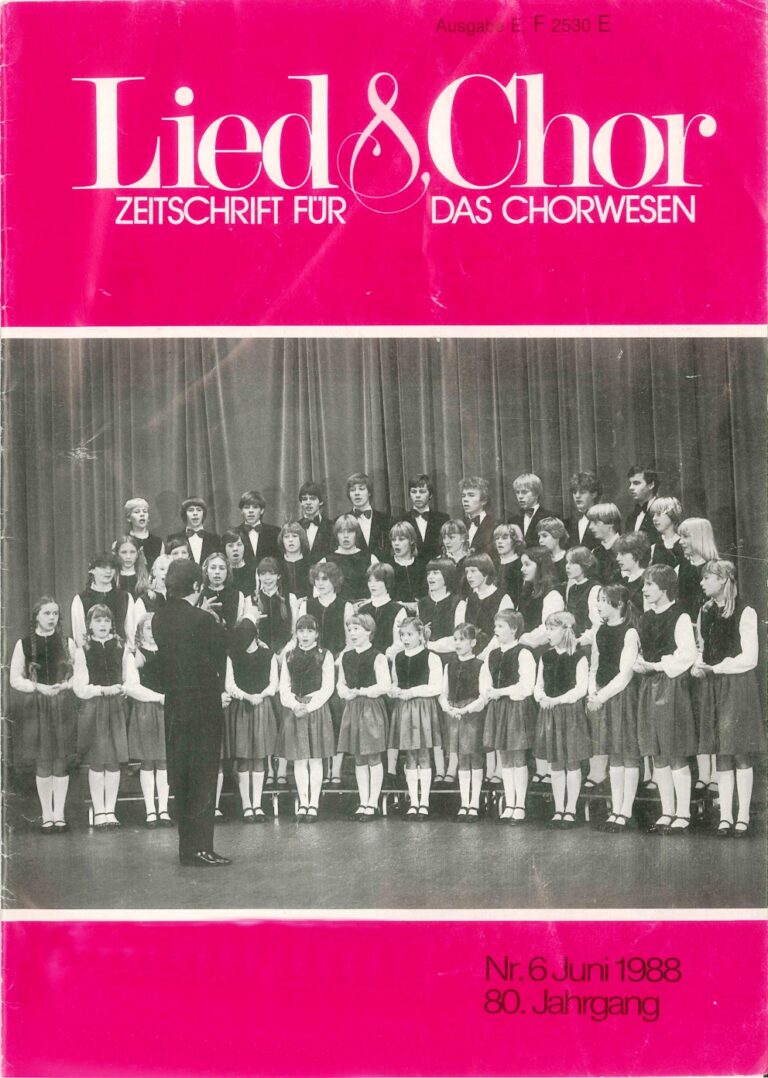 We have to admit that we had a lot of fun with them. In 1992 the park opened the replica of the castle of Bückeburg, which had been drafted as a hotel in a somewhat smaller scale than the original. We gave a terrific ceremonial opening concert in the Great Banqueting Hall. On our second stay in Japan we became friends with guests from Dresden, who were there at the same time. This resulted in our being guests on the famous Dresden Striezlmarkt for two years. From this friendship grew the plan for another CD-recording. “Der klingende Regenbogenbrunnen” (The Ringing Rainbow-Fountain) was partly sung in the Bückeburg Palace. Afterwards we had to go to Dresden again in order to finalize the CD.

At that time already, we appreciated the support of the respective schools, when the SM were set out for concerts, TV-appearances, recordings or trips abroad. One student was even permitted to delay his school-leaving exam, so that he was able to go to Japan. It went without saying that we youths took care of the younger children. During the bus-rides or in foreign countries we helped them to master scholastic challenges or to overcome the homesickness. The cleaning of the bus was passed on from generation to generation.

Several TV-recordings had to be fitted into the full concert-plan.

Prince Alexander zu Schaumburg-Lippe married Marie-Louise “Lilly”, princess zu Sayn-Wittgenstein-Berleburg. What a great agitation it was, when we were asked to sing at the wedding. For the realization of a more voluminous sound, some former MS and students of the Viktoria Luise-grammar school in Hamelin, where our choir-master worked meanwhile, joined us at the rehearsals and supported us in 1993. Excerpts from Anton Bruckner’s f-minor- mass were presented. Some of us were invited by bride and groom to take part in the following celebration in the festival tent.

Friedrich-Wilhelm Tebbe conducted his last concert in April 1994, and so the MS were left without a choir-master for several months. Some concerts and a planned trip to the friendly Hungarian Choir “Young Musiikc Friend’s Choir of Szeged” and to the children’s choir in Szentes, however, had been settled. We found an obvious solution: I (Remon, choir-member since 1980) took over the conducting of the choir-practice until the end of the year. The director of the music-school at that time, Nikolaus Dietrich, conducted most of the concerts. He also accompanied us to Hungary and conducted the traditional Christmas-concerts in the town hall. (Heiko Deterding was responsible for the practice of the choirs II and III). During that time, the accordion-player Thomas Kampe, subject teacher at the music-school SM, took over the musical accompaniment. I conducted the last performance on the Christmans-market in Rinteln in 1994.