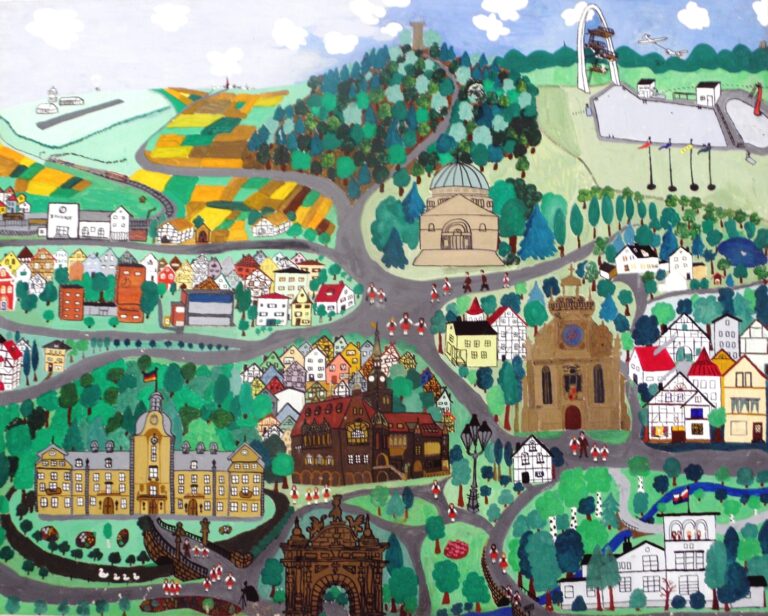 3. 3. Video and audio clips from various sources:
Archives, Institutions and the Internet (until 1975)

5. Happy Wanderer over the years

The innovative music school for guitar by Wolfgang Wicklein – guitar lessons for young and old in the center of Bückeburg.

The now active Obernkcirchen Children’s Choir and the music school in the “Edith Möller-Haus”, originally the choir center in Bückeburg Schaumburger.

For the first anniversary party
and for the 13th USA tour 1974
were cute dolls tinkered. 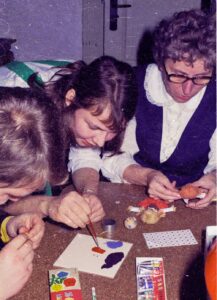 The Schaumburg Youth Choir has existed for over 40 years. His motto: “At home in Bückeburg – on the move around the world.”

Chamber choir Cantemus Bückeburg – This choir also arose from the great love for music that was founded in childhood.It consists of former members of the Obernkirchen Children’s Choir and the Schaumburg youth choir.

Since their first meeting in Llangollen in 1953, the university student choir Purdue Varsity Glee Club from Lafayette, Indiana, has been friends with the first generations of the Obernkirchen Children’s Choir.
Contacts from that time have been maintained to this day.
The choir’s anniversary clip.

The famous Llangollen International Musical Eisteddfod has been taking place every year for over 70 years.

(Don’t get impatient: Many clips start with advertisements, but most of them can be clicked away after 4 or 5 seconds.)

A cross-section from Llangollen International Musical Eisteddfod from 1953, with an excerpt from the BBC recording of “The Happy Wanderer on the Meadow”, and at the end with some pictures of the visit of the newly crowned Queen Elizabeth II. (Partly without sound)

Three scenes from the Berolina movie “The Happy Wanderer” with Rudolf Schock and the songs: Ach, ich hab in meinem Herzen (Oh, I have in my heart), Wem Gott will rechte Gunst erweisen (Whom God wants to show true favor) and The Happy Wanderer.

We are happy to receive suggestions for further links.

Ach, wie ist’s möglich dann (Oh, how is it possible then) German folk song, recorded around 1990 and accompanied by the Hamburg Symphony Orchestra. 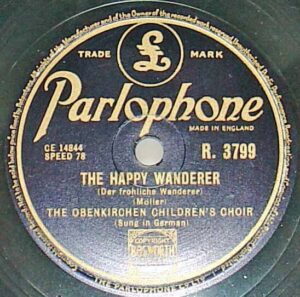 5. “Happy Wanderer” over the years

On this audio clip, The Happy Wanderer, the new edition of the first Parlophone record recording, is played. However, this digitization is less crackling. (Clip without pictures)

an English version is still missing

New recordings in 1972 under Edith Möller:
The Happy Wanderer with orchestra. (no picture)

The Happy Wanderer
1995, on an unknown television show 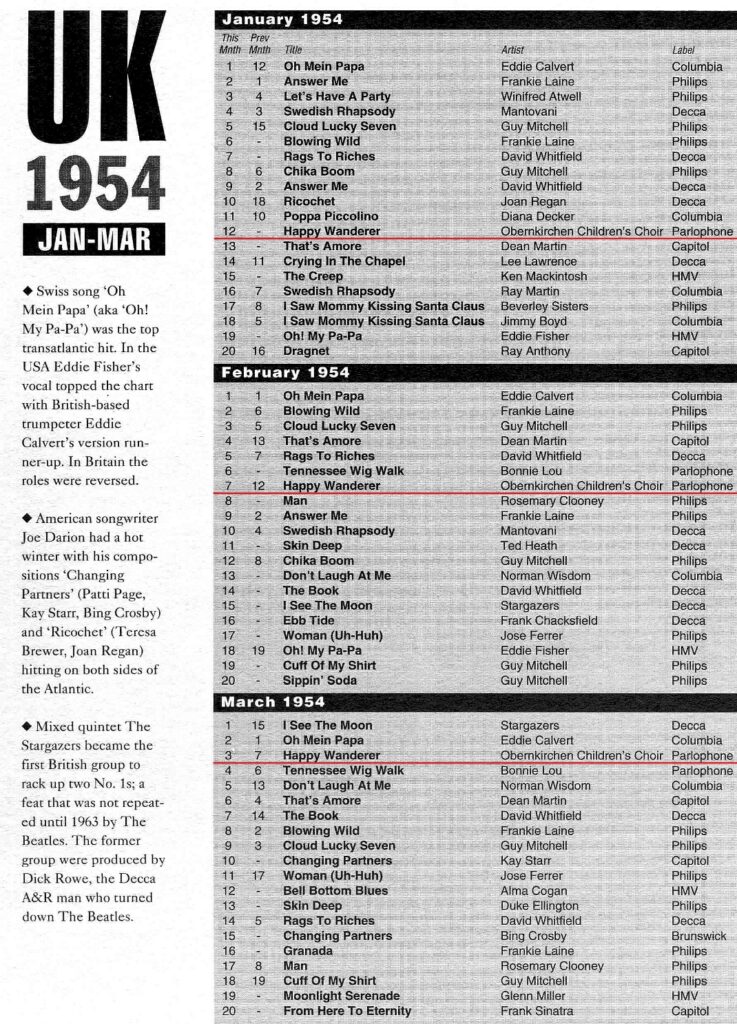 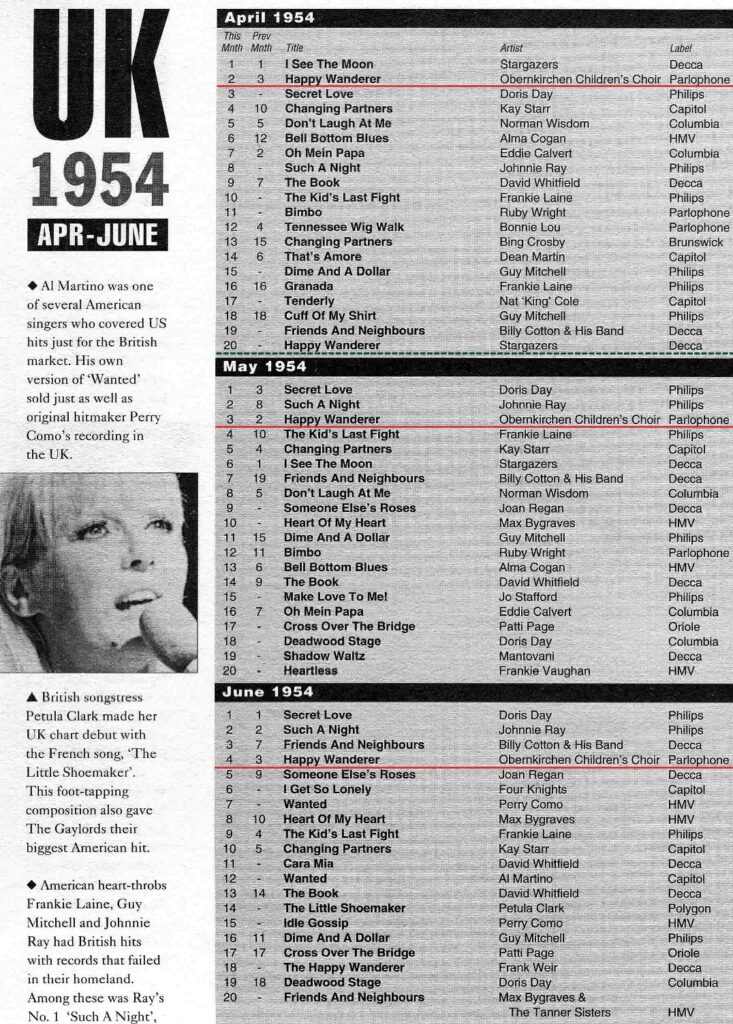 For 28 weeks, from January to July 1954, the hit was sung in German in the English charts: In April, during the choir’s England concert tour, on place 2.
Illustrations from
“The Book of Singles Top 20 Charts”